This originally appeared on Toronto Life’s website on April 15, 2014.

We might not typically judge a candidate for public office based on his or her drink of choice, but considering how much we know about our current mayor’s drinking preferences—whether it be a few beers at a Leafs game, an early-morning bottle of brandy at his office, or just a few Iceberg vodkas and Tropicana grape juices with an old friend in the park—it seems only fair that we ask those who seek to unseat Rob Ford what beverages they turn to after a hard day of arguing about who did or didn’t actually save the city a billion dollars.

Sure, there are far more important issues, but there’s also something to be said for getting the candidates off their scripted talking points. There are few things more personal than how someone chooses to unwind.

And so, with that in mind, here’s what the top contenders for mayor like to drink, along with some wild speculation about what their choices say about how they might govern if they win. END_OF_DOCUMENT_TOKEN_TO_BE_REPLACED

This originally appeared on PostCity.com on October 24, 2013

Rob Ford has been the mayor of Toronto for close to three years now, and in that time he’s been lambasted, lampooned and ridiculed by the best of them. So if you’re looking to have a little fun at the mayor’s expense this Halloween, you’re going to need to be original. In short, it’s time to step up your Rob Ford costume game.

The days of buying an XXXL suit off the rack at a second-hand store, filling it with pillows and painting your face burst-capillary red are over. Not to worry though, I’ve got you covered. Here are five great Rob Ford costume ideas that will make you the hit of any martini-sipping lefty shindig.

This is arguably the key piece in a long, embarrassing saga that’s brought international attention to the city, so why not dress as the alleged missing alleged iPhone that allegedly contains an alleged video of the mayor allegedly smoking what allegedly looks like crack? It’s a terrifying apparition that might end any number of careers should it some day appear, and it’s surely caused more than a few terrified sleepless nights for the mayor (allegedly). If you really want to go the extra mile, only show your costume to Toronto Star reporters, then disappear forever!

END_OF_DOCUMENT_TOKEN_TO_BE_REPLACED

This originally appeared on the online version of Post City on October 9, 2013. 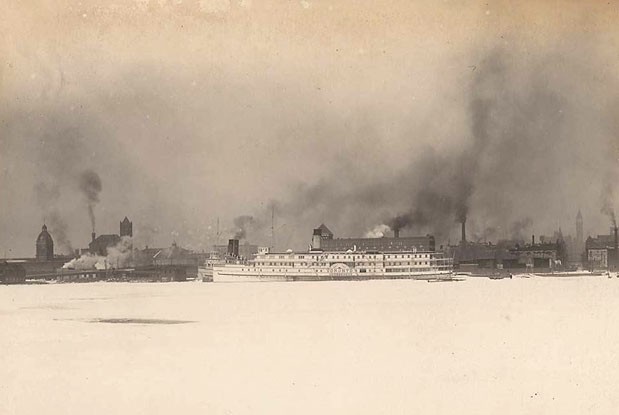 Toronto is a vibrant, progressive city, and it’s changing every single day. New tourist attractions like the Ripley’s Aquarium are popping up. Bold, architecturally interesting developments like the Mirvish+Gehry towers are being proposed. And new, innovative urban solutions to the city’s retail and residential needs are seemingly unveiled every day.

It needs to stop.

Indeed, the time has come, with our eyes so squarely focused on the future, to ask if we are losing sight of our past. That’s why I’ve founded the Committee to Keep Everything the Same Forever (CKESF).

Sure, the CKESF understands that the population of Toronto is rapidly expanding, and that the city’s infrastructure must be updated to accommodate the growth. But we’d like to counter by pointing out that hey, old buildings look prettier. END_OF_DOCUMENT_TOKEN_TO_BE_REPLACED

This was originally published on the online version of Post City on September 11, 2013. 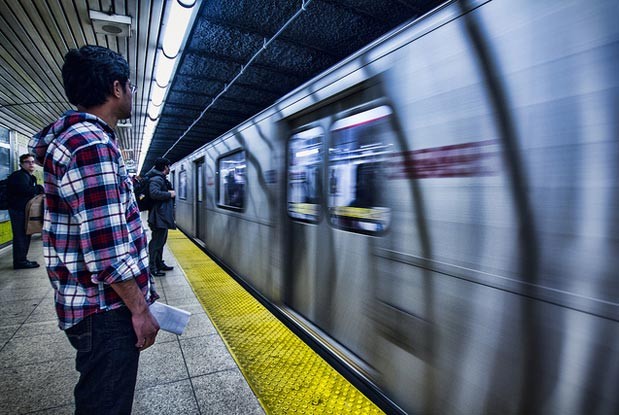 It’s nearing that horrible time of year when I admit to myself that I am too wimpy to cycle and I hang up my bike in favour of a Metropass. Accordingly, it seems only fair that I issue advance notice to those people who have always made my ever-delayed commute the claustrophobic hell that it is. Offenders, consider yourselves warned: here are seven TTC commuters that I want to punch in the face.*

1. Lollygaggers. Allow me to congratulate you on the fact that you clearly have nowhere to be today. It’s evident, as I rush to get to my office by 9 a.m., that you’ve made better choices in life, affording you either a boss who doesn’t care what time you show up or the ability to spend the day bird watching and/or picking wildflowers. Have a fantastic day, but for the love of God, please consider that the people walking behind you might have to be somewhere. Find second gear or get out of the way. Better yet, just stay asleep for an extra hour in the morning. Surely the non-thing you don’t have to do today will still not be there later. END_OF_DOCUMENT_TOKEN_TO_BE_REPLACED